Dan has lived in Nailsea since 2010. Currently studying Politics at the University of Exeter, he is quite politically active, he is Chairman of the North Somerset Young Conservatives, and Group Coordinator of the North Somerset Conservative Policy Forum. He is also a Councillor on the Long Ashton Parish Council, and a member of the Planning Committee. He has opposed proposed developments which have sought to expand the village, with a focus on community over corporatisation. Despite being a full-time student, he devotes much of his time to serving on the Parish Council, and is constantly in transit between Exeter and North Somerset.

Dan has campaigned all across the county, and has engaged with many of the local communities with North Somerset. Having consistently visited Clevedon for over 10 years, the destruction of local heritage, and public infrastructure on the Clevedon Seafront, along with the ignoring of local residents’ voices over other developments such as at B&M has prompted him to stand for election. Not only is he categorically opposed to the Seafront development, but also other developments including at B&M, Castlewood and Penny Fields. He is also standing to give the residents a strong voice on the Council. Dan believes that the only ones who know the community best, is the community itself, and believes in listening directly to local residents to guide his views on local issues.

Dan also has a passion for the outdoors, and has been a keen supporter of Chelsea all his life. 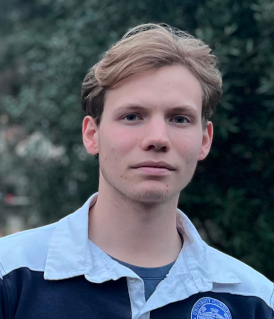