The Dr Liam Fox was first elected in April 1992 and was returned in the 2019 election with a resounding 17,500 majority.

He was born in East Kilbride in 1961, grandson of a miner, educated at the local St Bride's High School, went to Glasgow University and qualified as a doctor. He is a member of the Royal College of General Practitioners and has previously worked as a Civilian Army Medical Officer, as a divisional surgeon for St Johns Ambulance, and later as a GP in Buckinghamshire and Somerset.

He has had a varied political career. In June 1993, he was appointed Parliamentary Private Secretary to Michael Howard, then Home Secretary. In July 1994, he was appointed an Assistant Government Whip, and promoted to the position of Senior Government Whip the following year. He was a Minister at the Foreign and Commonwealth Office from 1996 until the 1997 General Election.

He has lived in Somerset for over 25 years and lives within the constituency with his wife, Jesmé, in Tickenham. 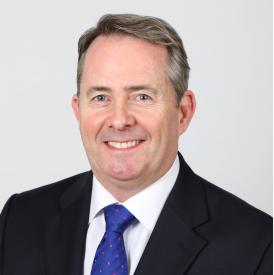 Your views matter, and I am keen to make a difference to our community.

If I can help in any way, or if you want to let me know what your concerns are, please get in touch.